PHIL’S FANS DANCE THE NIGHT (OR EARLY MORNING) AWAY AT GOBBLER’S KNOB ON GROUNDHOG DAY 2020 & Phil Gives his 2020 prognostication. 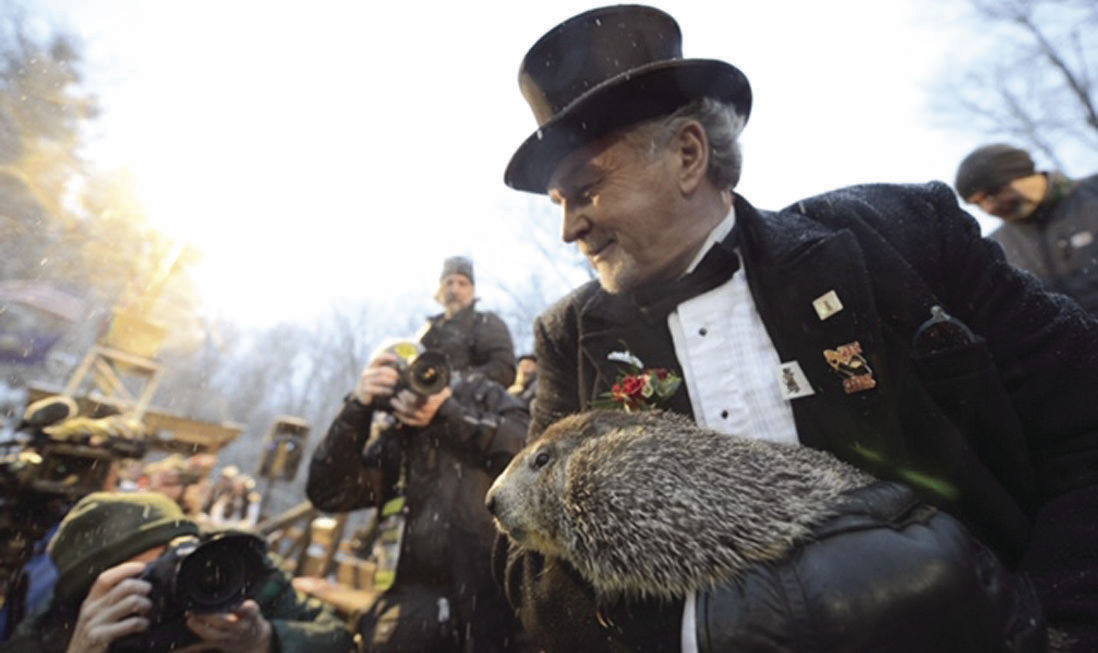 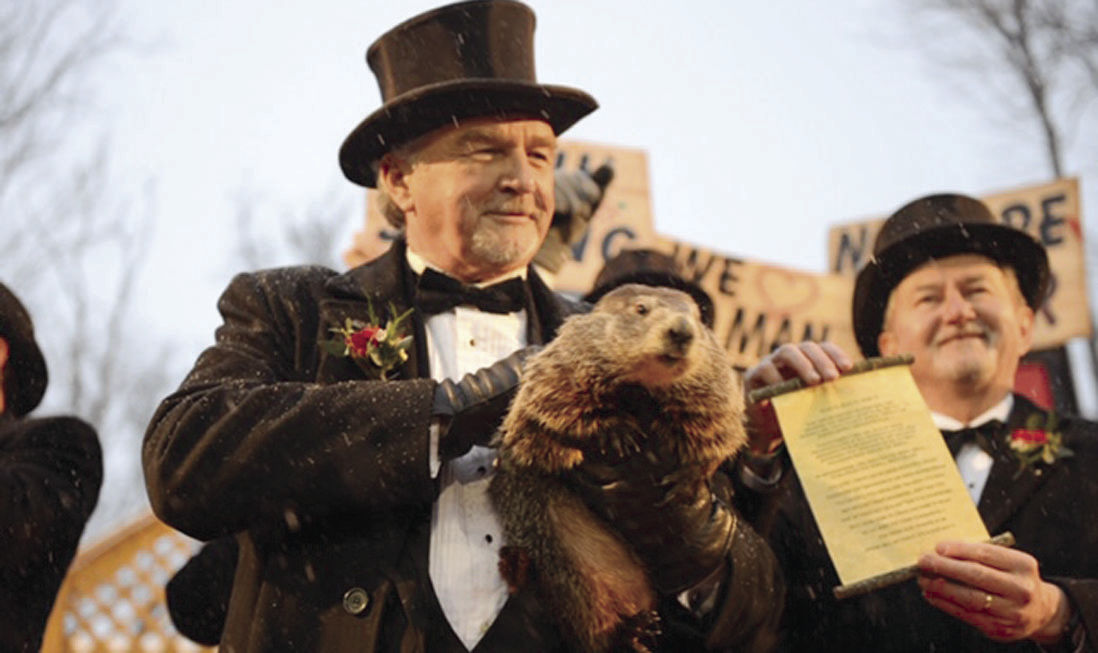 PHIL’S FANS DANCE THE NIGHT (OR EARLY MORNING) AWAY AT GOBBLER’S KNOB ON GROUNDHOG DAY 2020 & Phil Gives his 2020 prognostication.

PUNXSUTAWNEY — Perhaps Mother Nature was casting her vote while faithful  followers of Punxsutawney Phil flocked to Gobbler’s Knob in Punxsutawney  for the 2020 prognostication, as she was covering the town in a blanket  of snow. But a little bit of snow sure didn’t keep the crowds away, as a large group gathered to hear the only opinion that mattered Sunday  morning — would Phil cast his ballot for an early spring or for winter  six weeks more?

This year, as Phil reflected upon his annual forecast with a mirrored  date — 02022020 — in mind, he couldn’t have seen things more clearly. There was no reflection — or shadow — to see, and Phil called for an  early spring.  From the sound of the reaction, many of those gathered at The Knob were  hoping for just that forecast — and while “early spring” is a much less  common call for Phil than six more weeks of winter, this was the second  consecutive year that the Prognosticator of Prognosticators excited  those who were thinking warm thoughts. Throughout the evening, Dave “Thunder Conductor” Gigliotti, Dan  “Moonshine” McGinley and the Punxsy Phil dancers did their part to keep  those who arrived early warm with some entertainment and plenty of  dancing, with the help of a number of  special guests as well.

Though the snow was falling throughout the night and into the morning,  the weather was actually quite season-able — some might say reasonable  — as temperatures were in the high 20s and low 30s for those awaiting Phil. Clean Shave got the official proceedings underway right around 6:30 a.m.  with its version of the National Anthem, which was followed by the  wake-up call of all wake-up calls — the annual Groundhog Day fireworks  show. After that, the singing and dancing ensued as the crowd continued  to pour into Gobbler’s Knob.

Then, at 7:15 a.m., as is the custom, the top-hat-clad members of the  Punxsutawney Groundhog Club’s Inner Circle made their way through a part  in the crowd as they approached the stage to summon Phil from his stump.  Inner Circle vice president and “Fair Weatherman” Jeff Lundy welcomed  what he proclaimed “the largest crowd in the history of Groundhog Day”  and told them that it was time to get serious about the weather. Lundy  then welcomed the other Inner Circle members and gave them an  opportunity to introduce themselves. Inner Circle President Bill Deeley then informed the crowd that the cane  he held in his hand has been passed down from club president to club  president and allows him to speak to Phil in Groundhogese. Then, he  invited the crowd to join him in rousing Phil from his slumber. At 7:24  a.m., Phil emerged from the famous stump to the loud cheers of an  excited following.

What makes you pick up a copy of the Big Spring Herald?

Making your local newspaper relevant to our readers is our main goal. Each reader picks up a copy for a different reason; let us know what your reason to pick up a paper is ...